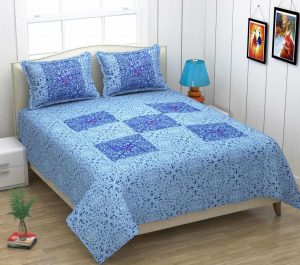 Embroidery refers to the method of decorating a piece of fabric by stitching a pattern or a figure using balls of yarn or thread and a needle.

It’s a hobby that people today enjoy doing during their downtime; some even search online for embroidery designs they can take inspiration from. But as much as these enthusiasts like the craft, they, along with several interested individuals, may not know about its history and other fascinating facts.

People have been practicing embroidery for centuries. There’s no known date and place for the invention of this craft, but instances were found in Egypt, Northern Europe, and China. Chinese samples even go way back from the Zhou Dynasty (1045 BC to 246 BC), done with silk threads. In Iron Age Europe, designs mostly show flowers or geometrical patterns while the figures that dominated Asia were the sun, stars, mountains, or dragons.

In the past, embroidery was a sign of one’s social status. It became an emblem of power when nobilities dressed in robes with stitches made from gold or silver threads. It was evident from all sorts of items, such as their shoes, slippers, and handkerchiefs. Some of them were even sewn with emeralds and other precious gemstones, bringing more sophistication and regality to these pieces of clothing.

Royalty to the Public

From being seen with royalties and high-ranking socialites only, embroidery pieces spread to the homes of the public. And from clothes, tapestries and household linen also bore those intricate designs. People saw it as a source of relaxation or something to be busy with on a lazy day. It became a hobby and for some, a way to express their artistic side.

The Rise of Automated Machines

Following the old days of making pieces by hand, machines lifted a bit of the labor off the shoulders of the artisans. The array of patterns and other layouts wasn’t a problem as the internet also came to be, and various embroidery designs online became readily available. The hardware relies on software that makes digitization possible. This process allows a computer to render a template more efficiently and quicker than products done manually. Manual operation still takes place, but today, devicesare doing most of the production.

Whether done by hand with sketched figures or by a machine with online embroidery designs, these facts show that this craft goes beyond an artisan’s choice for a needle and thread. It bears more than being a symbol of wealth in the past. Today, it also narrates a place’s culture and history, as well as itscreator’s watchful, keen eye for every stitch of each intricate pattern.